Since joining ISF in 1992, Jeffrey Barber has engaged in both public interest advocacy and organizing efforts, nationally and internationally, focusing especially on the importance of strategic collaboration among environmentalists, consumer and health advocates, community development and social justice activists, trade unions, and other members of civil society.

Prior to ISF, Mr. Barber spent more than a decade working in social policy and public opinion research at nationally-known organizations, as Director of Media Research for Peter D. Hart Research Associates, as manager of Audience and Program Research for the Corporation for Public Broadcasting, as Project Director of Custom Market Research for Arbitron Ratings Company, and as Communications Analyst at Stanford Research Institute (SRI International). Mr. Barber received his BA in psychology and MA in social science from San Francisco State University.

Karen Onthank brings to ISF more than 25 years of experience with non-profit organizations including more than 20 years of international experience in the areas of sustainability, environment and human rights. With ISF and other organizations, Karen has participated in advocacy and organizing efforts internationally, including at UN processes and agencies as well as other international fora, as well as nationally and locally. She has worked on international human rights, sustainability, and environment issues and has focused on sustainable production and consumption, gender and social policy, rainforest, minority and indigenous issues. Ms. Onthank has represented ISF at UN meetings and international conferences and has actively participated in networks supporting such conferences. She is the former Northern Co-Chair of the NGO Caucus on Sustainable Communities at the UN Commission on Sustainable Development and former Co-Chair of Environment and Sustainability Working Group of the US Network for Women.

Ms. Onthank has also worked for the Unrepresented Nations and Peoples Organization, as Executive Director of the Americas office, as well as for the American Red Cross, Greenpeace International, and the law firm of Wilmer, Cutler & Pickering, where her casework included clients such as the Dalai Lama and the Tibetan Government in Exile, Greenpeace and the Natural Resources Defense Council. In addition to having worked in the public, private and non-profit sectors, Ms. Onthank has community organizing experience as a community developer with VISTA in Denver, Colorado. Ms. Onthank has worked and studied overseas in England, the Netherlands, Italy and Ecuador and has language skills in Italian, French, Spanish, Portuguese and Dutch. Ms. Onthank earned her AB from Smith College and her MBA from the Yale School of Management. 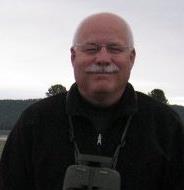 Consultant on Humanitarian Assistance and Sustainable DevelopmentThomas Rogers is a consultant on humanitarian assistance and post-disaster recovery. Since 2003, he has worked on humanitarian assistance missions with the US Agency for International Development's Office of US Foreign Disaster Assistance (OFDA). With OFDA, he has served in Darfur and southern Sudan, Pakistan, Kenya, Liberia, Iraq and the US. He also established the program of Habitat for Humanity International in Afghanistan and served as interim country director for the International Rescue Committee (IRC) in Indonesia. He's also worked in the NGO sector in Cambodia, the Philippines, and Sudan.

As associate director of The Center for Respect of Life and Environment (CRLE) in Washington, DC from 1992 to 2000, Mr. Rogers also served as associate director of The Association of University Leaders for a Sustainable Future (ULSF), national coordinator of the Earth Charter USA Campaign and national co-coordinator of the US Citizens Network for Sustainable Development (CitNet). He also served as private sector advisor on the official US delegations to the UN Commission on Sustainable Development. Mr. Rogers was actively involved in NGO activities at many major UN-sponsored global conferences including the Summit on Social Development, the 2nd UN Conference on Human Settlements (Habitat II), the Commission on Sustainable Development, and Rio+5. Mr. Rogers has co-authored numerous publications on refugee reeducation, sustainable livelihoods and sustainable development.

Professor Emeritus of Anthropology, and founder of the Sustainable Development (SD) Program, now a department at Appalachian State University (ASU). His research foci include political economy and ecology, agrarian studies, rural development; Honduras, Central America, and Appalachia. Thanks in part to John and Libby Morse and ISF support, SD at ASU is one of the first university-based sustainability programs in the U.S. and among the more successful. It began in 1991 and today it hosts an annual average of 280 undergraduate majors, and includes graduate coursework. It provides opportunities for community/regional research and outreach for sustainable economy, agroecology, land use planning initiatives in this mountain region. From 1990-2009, Boyer led 11 work-study internships to the rural highland of Honduras, with occasional trips to Guatemala and Chiapas, Mexico. ASU’s SD program has developed coursework in international development, focusing on non-profits, cooperatives and the sustainability efforts in rural, highland communities and world regions.

Dr. Boyer first learned agricultural skills on family ranches in eastern Oregon. His foray into rural community development continued with Peace Corps service in Honduras during the 1960s. He subsequently worked on rural community and farming issues in North Carolina and southern Appalachia since the 1980s. Boyer received his BA in Anthropology at Portland State University and his PhD from University of North Carolina, Chapel Hill. He is a former board member of the Highlander Education & Research Center, New Market, TN and was board chair of Climate Voices US, Boone NC in 2015. He continues to serve as co-chair of the Immigrant Justice Committee, part of the Watauga County, NC branch of the NAACP. 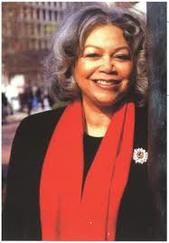 Sustainability Advocate Dianne Dillon-Ridgley has actively promoted sustainability through numerous governmental, intergovernmental, NGO, philanthropic and corporate entities. She has served on several US delegations to the United Nations and was commissioned by the White House to serve as an advisor and member of the US Delegation to the UN Conference on Environment and Development in Rio de Janeiro in 1992. Appointed to the President's Council on Sustainable Development in 1994, Ms. Dillon-Ridgley served as co-chair of the Council's International Task Force and co-chair of the Population and Consumption Task Force. In 1998 Ms. Dillon-Ridgley was elected to the Global Water Partnership (Stockholm) and in 1999 appointed to the Oxford University Commission on Sustainable Consumption (UK). Other highlights of her career include four-term president of then ZPG (Zero Population Growth), now Population Connection; board member and national chairman of Racial Justice for the YWCA of the USA and UN representative for the World YWCA, Switzerland. In 1997 she was elected vice-chairman of the National Summit on Africa board and received the UNA Garst Memorial Award for individual service and global citizenship.

One of the founders of US Network for UNCED, now the Citizens Network for Sustainable Development, Ms. Dillon-Ridgley has served as a Co-Chair for CitNet. She has a BA at Howard University and is state-certified by the Iowa Mediation Service as a mediator specializing in agricultural mediation and public policy negotiation. 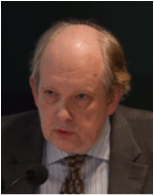 K. W. James Rochow is an international environmental consultant and advocate headquartered in Washington, DC. He has had over thirty-five years of experience in environmental law and policy at all levels, from the local to the international: as agency counsel, assistant attorney-general (Pennsylvania), advocate, and NGO representative. Rochow has handled landmark environmental cases in state and federal courts, including the US Supreme Court. Internationally, he has helped orchestrate the global phase-out of leaded gasoline and initiate integrated approaches to toxics pollution as president of the Trust for Lead Poisoning Prevention (TLPP). Most recently, he has worked on natural resource sector reform in Liberia and West Africa and post-conflict restoration in partnership with international organizations and international and local NGOs. Rochow has served as staff environmental expert for UN ESCAP and has helped train developing country environmental personnel for US AID and the Environmental Law Institute.

Rochow has worked to advance sustainable development initiatives through partnering with NGO networks, such as the Global Lead Network and the Citizens’ Network for Sustainable Development, and through participating in international and regional fora, such as the CSD, Habitat II, the WSSD, the Summit of the Americas, as well as in specially convened regional meetings in Africa (Dakar), Asia (Bangkok), the Caribbean (Havana), and Latin America (Santiago). Rochow through the TLPP also is a partner in the global Partnership for Clean Fuels and Vehicles and the Global Alliance to eliminate lead in paint. 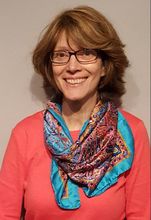 Ms. Fattig has worked on health care, intellectual property, antitrust, and other matters for corporate and nonprofit clients, and has represented individuals in product liability cases involving child safety seats and pharmaceutical products.

Dr. Morse received her MD and Master's degree in public health (MPH) at the University of North Carolina at Chapel Hill where she earned the Christopher C. Fordham III Award for her practice in Honduras. Her master's work, a policy analysis of cervical cancer prevention in third world countries, stemmed from experiences in developing a service-education program in rural Honduras for medical students from the UNC Chapel Hill. Dr. Morse's work and volunteer experience in women's health in the US and Central America include clinical, political, philanthropic and educational positions. 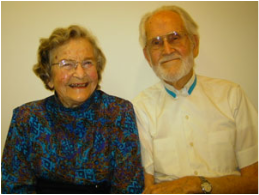 Pioneers John and Libby Morse established the Survival in Freedom Foundation, SURFREE, in 1970, abetting more than one a hundred organizations for broadened approaches in dealing with the various matters of population, economic and social justice development, and peace. SURFREE was one of the founding forces in the birth and development of Integrative Strategies Forum. In 1991, bringing together a range of activists, funders, researchers and others to explore the possibilities of an organization specifically committed to fostering sustainability, justice and improved quality of life, SURFREE and Co-op America, now Green America, helped build and nuture this new organization. ISF was established as a program of Co-op America in 1992 and became an independent 501 (c)(3) organization in 1999.